A new bill that would crack down on the commercial breeding, trading, and entertainment use of hundreds of animal species could soon be introduced in Canada.

The Jane Goodall Act (also known as Bill S-241) has been reintroduced to the Canadian Senate. It aims to offer better protection for captive animals. It would also zero in on the country’s many roadside zoos.

First submitted in 2020 by Senator Murray Sinclair, the bill initially focused on great apes, specific marine mammals, and elephants. The revised act seeks to expand its legal protection to more than 800 species.

New animals to be covered by the bill include bears, big cats, wolves, seals, and reptiles including crocodiles and giant pythons.

While the act won’t completely close all zoos, it will ensure that organizations require permits to keep and breed the animals it covers. They will have to meet a list of criteria, including supporting their conservation.

The updated act has been dubbed one of the strongest pieces of animal protection legislation in the world, and it comes at a timely moment. Animal legal rights organization Animal Justice has recently unveiled data from a large-scale investigation conducted by World Animal Protection (WAP) into Canadian zoos. Findings revealed widespread suffering, which the Jane Goodall Act would put an end to.

Thanks to inadequate local laws and unreliable enforcement, Canada’s zoos, particularly roadside varieties, have been allowed to keep animals in conditions that are deeply unsuitable and pose a threat to human safety. A total lack of federal laws and mandatory inspections has further exacerbated the issue.

Ontario is named by Animal Justice as the main offender, due to its lack of licensing and regulation of zoos. Regardless of how much animals are found to be suffering, law enforcement is unable to close any zoo in the region.

In its investigative report, WAP documents the atrocities being perpetuated at Canadian animal attractions. Entitled Nothing New at the Zoo, the report details how enclosures are too small to allow natural behavior. In addition, it details that the solitary confinement of sociable animals, including elephants, is commonplace, and that little or no shelter from the weather is provided.

Animal Justice states that the report demonstrates a clear need for tougher legislation. As such, it is heavily promoting the new amendments to the Jane Goodall Act.

The act cannot enforce immediate closures. However, if passed, it will make it illegal for roadside zoos to breed or acquire the new animals it covers. This means that many would eventually close.

Alongside sounding the death knell for roadside zoos, the act would prevent many animals from being exploited for entertainment. This means that wild species petting events would be ceased, as well as swimming with dolphins, and meet and greets.

A survey conducted by WAP in 2019 revealed that at least 1.4 million wild animals are being kept as exotic pets in Canada. Species vary, but many, including wild cats and crocodiles, would be protected by the new Jane Goodall Act amendments. This means that they could be removed from private residences. It is thought that this would apply to around 195,000 animals.

Animal Justice is asking for support to ensure that the bill amendments get signed into law. You can help by sending a letter here. 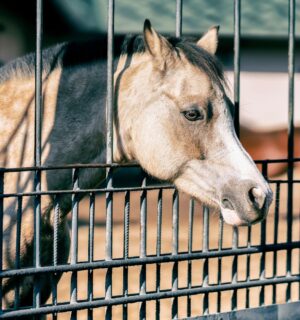 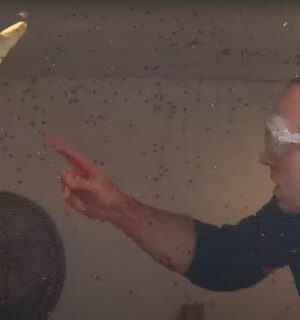 Ethics
After 20 Years, I’m A Celebrity… Get Me Out Of Here! Is Still Exploiting Animals
17th November 2022
8 minutes to read
Podcasts