Elon Musk’s company Neuralink is being investigated after 1,500 animals reportedly died in testing.

The US-based medical company, founded by Musk in 2016, is in the process of developing a controversial brain implant. The company states that it hopes to help paralyzed people walk again. Musk has also claimed that he is “confident” that Neuralink will cure blindness and other conditions.

“Even if someone has never had vision, ever, like they were born blind, we believe we can still restore vision,” he said during an event last month.

Despite the potential benefits, Neuralink is under fire for reportedly putting progress ahead of animal welfare and prioritizing speed over safety. There have been complaints from former and current employees that animal testing procedures do not align with animal welfare legislation.

According to a report, the animals who died include monkeys, sheep, and pigs.

The number of fatalities is not indicative of welfare violations. But damning accounts from Neuralink staff point to rushed procedures and a disregard for animal lives.

Neuralink has been accused of animal cruelty before, with the company denying abuse claims in February this year.

Musk has stated that he hopes to see the first human brain implants happening in 2023.

To make this possible, the US Food and Drug Administration has to grant permission for human trials. This will only come once the government agency is satisfied that animal testing has demonstrated requisite safety levels.

Neuralink employees claim that they were consistently hurried and pressured to conduct animal testing that resulted in needless deaths.

One example highlighted in the report saw 25 pigs die after being fitted with implants of the wrong size. Staff claimed that this would not have happened had they been given enough time to prepare properly. In another incident, multiple monkeys were said to have been killed as a result of using a substance called BioGlue, to affix chips to their brains.

‘We are simply not moving fast enough’

Reports of Musk pressurizing staff to produce faster results are numerous. Earlier this year, he allegedly emailed Neuralink staff, saying: “In general, we are simply not moving fast enough. It is driving me nuts!”. This was accompanied by a news article about a Swiss tech development that helped a paralyzed man to walk.

The US Department of Agriculture’s Inspector General is now in charge of a formal federal investigation that could see Neuralink prosecuted under the Animal Welfare Act. 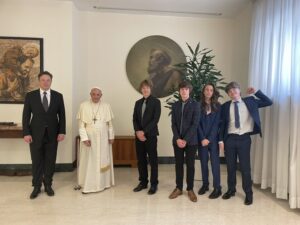 All the money in the world and he is still a wanker.