Millions of turkeys and other birds are at risk after what’s been dubbed “the worst avian flu outbreak in UK history.”

Around three million birds have been culled already, and the flu has been found at 155 poultry sites across the UK.

Avian Influenza Prevention Zones have also been introduced in Norfolk, Suffolk, parts of Essex, and the whole of the South West of England.

Wild birds have also been affected by the spread. A number of swans were found dead in a river near Sudbury in Suffolk; it is suspected they died of bird flu.

A farmer in Devon has said that he’s killed 20,000 ducks, none of whom had the disease, just to stay ahead of the outbreak.

“At the moment everybody in the industry is just on tenterhooks constantly. As soon as you get a new batch of birds on our other site, you’re permanently worried.”

While many see the deaths of these birds as a tragedy, some are concerned with how the bird flu outbreak will affect the festive season if the disease spreads to turkeys.

Not a ‘Christmas’ turkey

Each year, around 10 million turkeys are killed for Christmas. Farmers have highlighted that the situation could put their seasonal market in jeopardy.

“If bird flu, for example, gets into turkeys that could cause holy carnage; that could cause real supply chain issues in the run-up to Christmas time,” James Mottershead, chairman of the NFU Poultry Board, told Sky News. “The realities of it are quite severe.”

The turkey farming industry is already brutal for the birds. Turkeys farmed for their meat have been selectively bred to grow much quicker than they naturally would. This means that they are ready to be slaughtered earlier.

Due to their huge size, they suffer from broken bones and inflamed joints. Many become immobile and unable to reach food. Like chickens, they will often be kept in cramped factory farm barns, with barely any space to move around.

The growing threat of bird flu

Avian flu has been around since the late 1800s, but it has in recent years been considered a huge and growing threat.

The UK and Europe are currently dealing with an “unprecedented” number of cases of the disease in their farmed birds, and it’s also affecting wildlife.

In previous years, cases of bird flu have declined when the weather became warmer and birds stopped migrating for colder months.

This year, however, outbreaks continued throughout the summer. From June to September, there were five times the amount of outbreaks than in the same time period last year. This led to fears that the disease is endemic among wild birds, and that the disease will be prevalent all year round.

Experts have also said that outbreaks could get worse this winter.

Guilhem de Seze, head of risk assessment at the European Food Safety Authority, told the Guardian: “As autumn migration begins and the number of wild birds wintering in Europe increases, they are likely at higher risk of HPAI [highly pathogenic avian influenza] infection than previous years due to the observed persistence of the virus in Europe.”

While bird flu does spread to humans, this only (at present) happens rarely. Scientists have warned, however, that it poses a significant risk for future pandemics, as the virus could mutate. 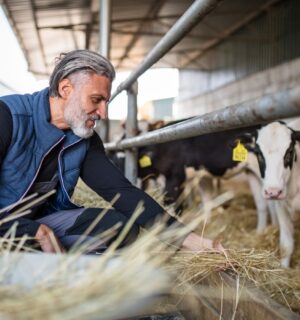