Seaspiracy has received heavy criticism for one particular claim: the oceans will be empty by 2048… But is it true?

The shocking statement comes from a 2006 journal entitled Impacts of Biodiversity Loss on Ocean Ecosystem Services by Boris Worn and Reg Watson.

In an exclusive interview with Plant Based News, Seaspiracy directors Ali and Lucy Tabrizi respond to critics that argue the study has already been ‘debunked’.

“The study estimates that with current fishing trends – if they continue – we could see empty oceans, or commercially virtually empty oceans, by 2048,” Ali said.

“And this is speculation. As with every [study] – there’s going to be a margin of error.

“In some places in our oceans, that year is going to be further. In some parts of our oceans, it’s already happened – where it’s no longer viable to catch fish. There’s just none left anymore.”

Ali continued: “The overall trend is what we need to look at. So who cares if it’s 2048, 2050, or 2051? The trajectory is showing that fish populations are declining overall.

“Sure, you might get a few species that are rebounding a little bit, because we reduce fishing pressure – but the overall trend is going downwards.

“I believe the scientists put forward a statement saying that so long as we follow some sustainable measures – we’re not going to see empty oceans by 2048.

“I believe that might have been used to justify continuing fishing. But the thing is, that would be dependent on doing those sustainable measures. There’s no real evidence globally that we’re doing that.”

Ocean conservation organization Oceana released an official statement on the film – which is drastically changing people’s perception of the fishing industry.

It argued that abstaining from consuming seafood is ‘not a realistic choice’ for those facing ‘poverty, hunger, and malnutrition’.

However, Lucy refuted this claim in her exclusive interview with Plant Based News.

She said: “I think we’ve got to be really careful not to weaponize poor and vulnerable people who are depending on fish, to justify our own eating habits.

“[Especially] when we have the privilege to choose not to and to choose something else quite comfortably.

Last week, the duo created an online petition to help protect 30 percent of the oceans by 2030.

In just three days, the campaign had garnered more than 100,000 signatures. At the time of writing, it is nearing a staggering 300,000.

Following on from Seaspiracy‘s spotlight on the detrimental effects created by industrial fishing, the petition is calling for the creation of more ‘no-catch’ zones.  If successful, they will be instated in ‘at least’ 30 percent of waters around the UK.

The petition reads: “Unless we act now we will live to see the death of the oceans. And, our children will never know the wonder and beauty of our once thriving blue planet.

“Seaspiracy has exposed the truth. But, we can’t fix this on our own. Now we need action, and that’s where you come in. Together we can change this.”

The petition is for British waters only. Please correct this or it may impact future petition response. Thank you.

As long as humans keep breeding more mouths to feed–be they poor or not–the oceans are at risk. Come to think of it, birds and mammals–everyone who isn’t human–is at risk.

The film has had a huge impact, so let’s hope mindsets start to change! 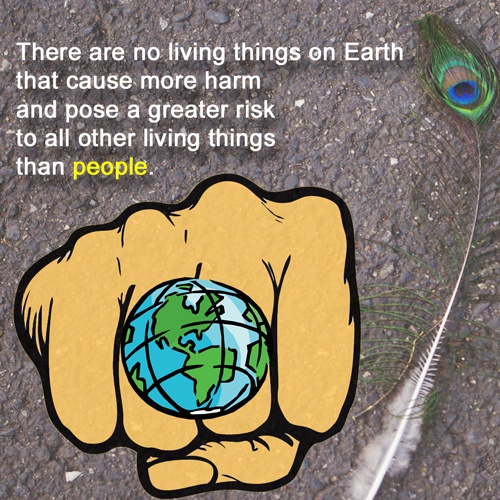 Headlines
NHS Issues Advice To Meat-Eaters Amid Outbreak Of Monkeypox