When celebrities speak, hundreds of thousands of people listen. So when high-profile names are placing their support behind the plant-based movement, the impact can be a large one.

So, here are the latest updates in the vegan and veg-curious celebrity world.

A ‘premium’ plant-based meat brand called Abbot’s Butcher has just closed a Series A funding round.

The exact amount raised was not disclosed, but it came from a host of high-profile names, including actor Owen Wilson.

Actor Woody Harrelson and his partner, the entrepreneur Laura, both of whom are vegan, also participated.

Abbot’s will use the capital to grow its foodservice and retail distribution sectors. The funds will also go towards new product development.

“We are reframing the conversation around plant-based proteins,” commented Abbot’s Butcher Founder and CEO, Kerry Song.

“Where it’s not just about taste and mouthfeel. It’s about quality, and celebrating the power of exceptional ingredients – showing that food can be both healing and satisfying,” she continued. “We’re fortunate to have such outstanding investors that share this mission.”

Jamie Oliver has revealed he will reduce, or completely remove, meat from most of his new recipes.

The British chef and restaurateur committed to updating two thirds of dishes from his books, tv shows, and website. It’s part of Oliver’s goal to make his business carbon neutral by 2040.

The commitment will kick off immediately, a spokesperson for Oliver confirmed, but some argue it’s not enough.

A spokesperson for the Vegan Society said to The Telegraph: “While it’s hugely encouraging to see well known food giants, such as the Jamie Oliver Group, making an effort to reduce the amount of meat they’re offering customers, it’s perhaps not as ambitious a pledge as others have already made. It would be great to see the Jamie Oliver Group step it up a little.”

Vegan actor Tabitha Brown will soon open the doors at her first plant-based eatery. Brown will be the co-owner of a new location for the existing restaurant and bar, Kale My Name.

The vegan venue’s flagship location is in Chicago. There, it offers bagels, pancakes, sausage, and meat-free chicken and waffles, among others.

The new location will open on Ventura Boulevard in Encino, CA. The opening date has not yet been announced.

“If you have an idea or a dream, a thought, honey, do something with it,” Brown said on Instagram. “This is about to be my first restaurant experience, something I never even thought I could do, but here we are.”

She added that Kale My Name is a restaurant she ‘loves and believes in’.

“And I ain’t gon’ stop here. That’s what my spirit’s saying: ‘Tab this is the first but not the last’,” she said.

British rock band Coldplay has been urged to only serve plant-based food during its upcoming tour.

People for the Ethical Treatment of Animals (PETA) reached out to the band following an announcement that Coldplay’s upcoming Music of the Spheres world tour will be as sustainable and eco-friendly as possible.

In a letter to band members Chris, Guy, Johnny, Phil, and Will, PETA said it was ‘excited’ to hear about the group’s climate-friendly pledge.

“To that end, we have a suggestion that we’re sure will strike the right chord: ensure that only vegan foods be served during your concerts,” the charity wrote.

PETA pointed to research showing that 80 percent of all deforestation in the Amazon is linked to cattle farming. Further, the organization highlighted research from University of Oxford’s Joseph Poore, who concluded that going vegan is ‘probably the single biggest way’ to reduce one’s impact on the planet.

“We hope you’ll agree that cutting damaging animal-derived foods from concert venues is a no-brainer. We’d be happy to connect you with world-class vegan chefs, should that be of use,” PETA said.

Actor Rosario Dawson spoke about the importance of health in a recent interview, explaining that she follows a plant-based diet and prioritizes spending time in nature.

But in a recent interview with EatingWell, Dawson is described as ‘plant-based’ – suggesting she no longer eats any animal products.

She explained that she became ‘super into’ food’s impact on gut health after her father was diagnosed with cancer.

Plant based imitation meat is unhealthy and doesn’t contain the same required nutrients as meat.

lol. vegan burgers, no clogged arteries. do u still believe the world is flat? (nice chopper, where did u get it, toys r us lol).

Look cuuuck clogged arteries are caused by multiple factors. Meat alone really doesn’t do it. If you’re eating junk food and high fat meat dishes plus a bunch of carbs well yeah. However fake meat is loaded with plant sterols which are basically the plant form of estrogen. Hence the term for the feminized creatures that eat them: soy boys. These plant based meats make men weaker, fatter, more docile and effeminate. In women these same fake meat sterols make the women that eat them: more masculine, fatter, aggressive and moody. Look if you want to cuuuck out and watch your fat chick railed by Tyrone while you’re eating your vegan cuuuck burger, knock yourself out. Me I’m having a steak ? medium rare.

Phytoestrogens are plant derived compounds found in a wide variety of foods, most notably soy, so not all fake meat products… A litany of health benefits including a lowered risk of osteoporosis, heart disease, breast cancer, and menopausal symptoms, are frequently attributed to phytoestrogens but many are also considered endocrine disruptors, indicating that they have the potential to cause adverse health effects as well. Consequently, the question of whether or not phytoestrogens are beneficial or harmful to human health remains unresolved.

Uh no. They’re terrible for humans. Which is why those purveyors of filth known as “Beyond Meat’s” stock is crashing. My friends who’ve eaten their swill have complained of negative reactions after consuming that filth as well. Anyway soy boys are real. Your absurd claims against meat consumption are just that , absurd. Eat your cuuuck burgers ? if you want to. My family and I will enjoy a steak.

We’ve certainly got you going…. 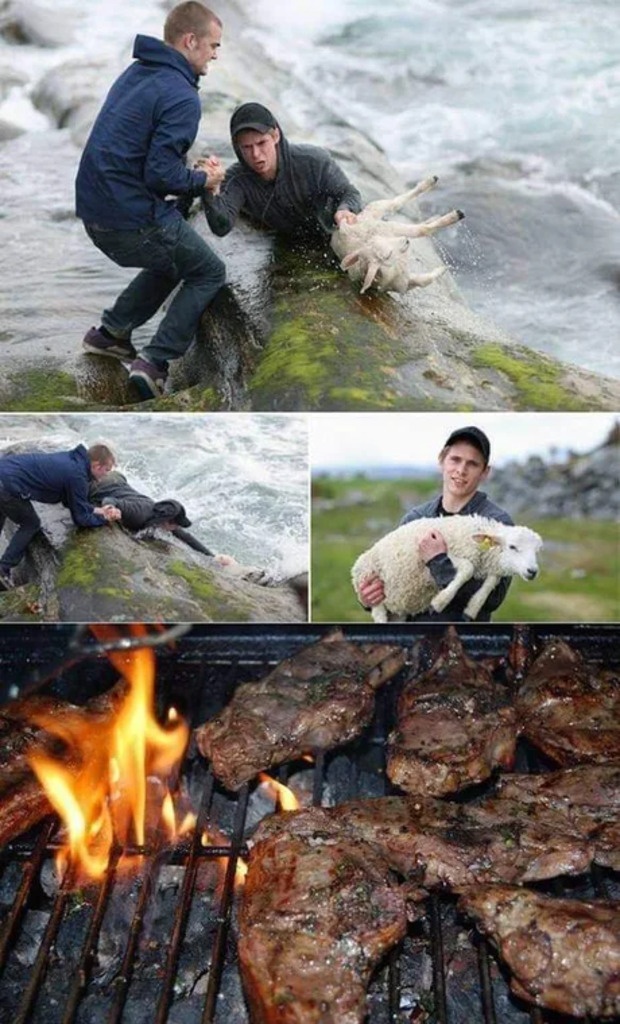 Average chicken contains 5 different types of vaccines. Factory farmed animals are virtually kept alive by antibiotics and vaccines, without these they would not survive past birth…

You’re thinking of the Cornish Cross breed. They’re breed for meat. What you say is only true of high density factory farms. The breed itself is a sweet friendly and intelligent breed. It grows very quickly and is harvested at 3lbs usually at 57 days under factory conditions.

On our ranch we have many breeds and different fowl including ducks and geese. Our favorite breed of goose is also a meat breed the Embden. They’re a very sweet and friendly breed. However our geese are guard geese and are really pets we love that have been hand raised. Our geese are never used for meat. Our ducks and chickens are dual use birds meaning layers and meat birds as they’re large birds. Except for our sweet little Easter eggers which are just for laying and as pets. They don’t require any vaccines and are happy, sweet and well fed. For chickens they live in chicken luxury on a mountain in the Santa Cruz Mountains.

All this said I’m not a fan of the factory farm system. It’s a globalist fake construct designed to enslave the consumer and prevent competition. The factory bird and farm system is a globalist scheme that isn’t needed beyond squeezing out small producers. This was done since Nixon to make people more dependent on the globalist system and supply chain. This makes them easier to control. You know what commodity is more expensive today than during the Great Depression? Eggs. Because back then nearly everyone had backyard chickens. But today they’re also trying to eliminate single family housing as well. Tough to have livestock in an apartment.

Do you have any birds or grow any of your own food?

I’ll add even when I order chickens they only have one vaccination option. Not sure where you get 5. I get a single one on those birds when hatched remotely but don’t vax them in the ranch. All the birds here are happy friendly birds. They live the happiest lives such birds could live. Their coops are insulated and heated. In the warm months they have oscillating fans. Lucky birds our layers.

Also at any sign of injury or distress we pick them up and tend to them. If required they go one hour each way to the veterinarian. We are a family operation not a factory farm. Our birds are loved and extremely well treated. 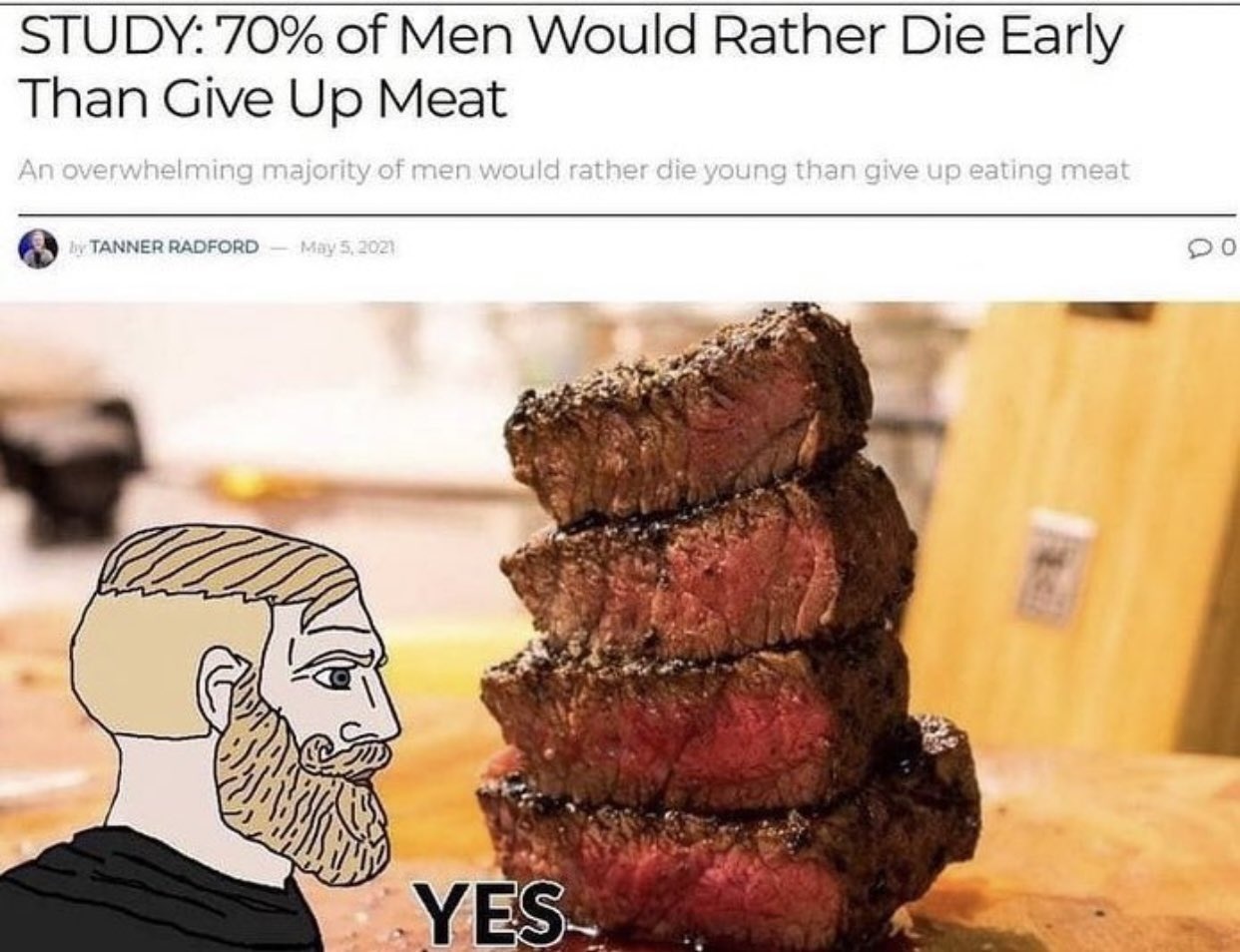 Environment
Did They Just Eat Kittens? New Video Shines A Light On ‘The Irrational Mentality Of Meat’
26th September 2022