Is Meghan Markle Vegan? Everything She’s Said About Her Diet And Lifestyle

Ever since actor Meghan Markle got together with Prince Harry in 2016, her alleged vegan diet and love for animals has been the subject of media speculation.

Back in 2018, reports circulated that she had “banned” Prince Harry from attending a Boxing Day hunt. It was claimed that she hated the idea of him killing “defenseless animals.”

Earlier this year, it was revealed that she had adopted an older beagle who was rescued from a life of animal testing. This was more apparent evidence that she is a lover and supporter of animals.

She also recently lent her support to a charity called Mayhew, which helped vulnerable cats and dogs during the pandemic. Markle thanked “animal lovers” across the UK who assisted the charity during that time.

So, does she follow a vegan lifestyle or plant-based diet? Here’s what we know.

It is not thought that Markle is vegan or vegetarian. The Duchess of Sussex shut down any speculation that she followed the lifestyle after she announced her engagement to Prince Harry in November 2017. In their now-famous engagement story, the two were roasting a chicken together just before he popped the question.

In 2019, Markle interviewed Michelle Obama for Vogue magazine. They reportedly discussed the article “over a casual lunch of chicken tacos” together.

Markle says, however, that she follows a plant-based diet some of the time.

“I try to eat vegan during the week and then have a little bit more flexibility with what I dig into on the weekends,” she told Best Health in 2015.

The Duchess has described herself as a “foodie” and used to write food reviews on her old blog, which was called The Tig.

She has previously stated that she enjoys home-made juices, and that she is a “big fan” of Sunday suppers like lamb tagine.

You’re asking for a comment but I’m not sure what it is you are actually looking for. You have made comments about Meghan, Duchess of Sussex regarding her love of animals but also that she is not Vegan or Vegetarian. What is it that you are trying to get from your readership, is it some form of understanding, is it condemnation ? You need to be a bit more obvious with regard to the type of responses you are interested in.
You open with,
” Is Meghan Markle Vegan ” !
If that is your question then it’s very shallow. Veganism is not just what you eat or whether you kill animals etc etc. It’s a way of life that you live as best as you possibly can without effecting, indulging or participating in the harm in any way possible of all animal life in existence.
Environmental considerations as well as humanitarian concerns among many others are also encompassed under the belief of genuine Veganism.
There are obviously many situations that can be brought into contention regarding these values and exceptions will always be there to argue about, but I can only pass comment on my own interpretation which is based on deliberation, necessity and personal beliefs, emotions and experiences.


I’m 72yrs young, a Vegan of 42yrs. Those were difficult times to start but even then it was possible. Nowadays it’s a breeze, you just have to genuinely believe!
BTW, I totally support Prince Harry and Meghan Princess of the UK.
😊 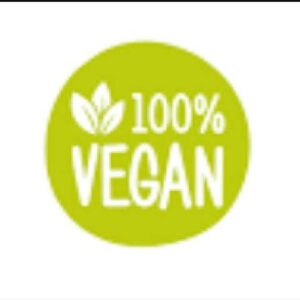 I’m hoping she will awaken…..looks like she is on the right path