The reason former President Donald Trump declined to participate in an initiative that would see $1 million being donated to charity has been revealed. Concerns about plant-based diets causing poor health were to blame.

In 2019, global charity Million Dollar Vegan challenged Trump to go vegan for 30 days. In return, the organization would donate $1 million to a veterans’ charity.

It’s now been uncovered that Trump declined the offer due to concerns about lost brain cells.

Grisham explains in the book that she suggested participating in the initiative since it ‘would raise a lot of money for a good cause’. According to Grisham, Trump replied: “No, no. It messes with your body chemistry, your brain… And if I lose even one brain cell, we’re f**ked.”

Medical professionals acting as advisers to Million Dollar Vegan spoke further about the impact of diet on brain health in a press release.

They said in a joint statement: “There is plenty of scientific evidence that a planned plant-based diet is the healthiest diet for the brain and longevity, and populations that have adhered to it have lower risks of a spectrum of brain diseases such as Alzheimer’s disease, vascular dementia, stroke and others. They also have better processing, memory and decision-making capacity.”

Naomi Hallum, CEO of Million Dollar Vegan, commented: “We know the former President loves hotdogs, cheeseburgers, and buckets of fried chicken, but his body most definitely does not.”

She referenced the growing body of research finding that those who consume processed and red meat carry a higher risk of health complications. This can include diabetes, heart attacks, strokes, dementia, and cancer.

“Trump thinks eating more plant-based whole foods, such as wholegrains, fruits and vegetables, in lieu of Big Macs for 30 days is going to ‘mess with his brain’ is bizarre and completely misinformed,” Hallum continued. “In fact, the opposite is far more likely.”

Nine-year-old activist Vegan Evan pitched the million dollar challenge to Trump on TV, through a full-age New York Times ad, and on billboards around the White House.

He said in a statement that he was disappointed Trump didn’t participate.

“I would like to tell former President Trump that after being vegan for a couple of years, I was classified as gifted!” the youth activist said in a statement. “Also, when entering 5th grade, I was placed in 8th and 9th grade math and language arts classes because of my exceptional knowledge. It’s important that I do well in school if I’m going to become President in 2048!”

Million Dollar Vegan has re-issued its offer of donating $1 million to a charity of President Biden’s choosing, if he ditches animal products for 30 days.

He was missing most of his brain cells since the day he was born. 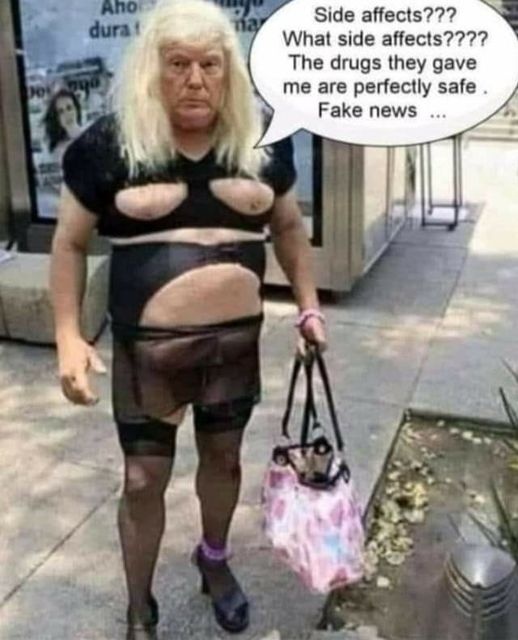 He was right when saying “if I lose even one brain cell, we’re f**ked”. He just simple does not have enough and can’t afford to lose any brain cell.

What’s the story with Biden trying out vegan? No results yet. He’s so green that a vegan diet would align with his values about the planet. We need more details on that issue.

Not that he has a whole lot of brain cells anyway…

Tell me something I don’t know.

I think he should choose a strict Carnivore diet, to maintain his vitality.

So, he would have transitioned to vegan steak, ketchup and Diet Coke.

UK Meat Industry Warns 120,000 Pigs Will Be Killed Due To Supply Chain Shortages