Made by California-based brand Eat Just, JUST Egg is renowned in the US for its ability to mimic the taste and texture of real chicken eggs.

Instead, the brand uses mung beans to get that egg-like consistency. It offers scramble, folded, and even sous vide plant egg bites. All made from plants, no chicken required.

But up until now, the use of mung beans has presented a problem for Eat Just and its expansion plans in Europe.

While Eat Just’s egg-like products have been available in North America for some time (even on fast-food chain menus—Tim Hortons started trialing the JUST Egg on its breakfast menu back in 2020), the company has been trying to receive authorization from the European Commission for more than two years.

This is because mung beans are a novel food in Europe. They needed to be deemed safe by the European Food Safety Authority.

With the Commission’s stamp of approval, Eat Just can go ahead and launch its plant-based eggs in Europe. Plans are already underway, with Germany and the Netherlands topping the list as key target markets for the company.

JUST Egg is considered a more ethical alternative to chicken eggs. According to the National Humane Education Society, around 300 million chickens are used in egg production every year. The animals are often kept in cramped enclosures, where they are unable to walk around or express their natural behaviors. Male chicks are also slaughtered straight away in the industry, because they are unable to lay eggs.

Plant-based eggs are also kinder to the planet. According to Eat Just, 1.4 trillion chicken eggs are consumed every year. This takes up more than 90 million acres of land for farming, plus uses more than 50 billion gallons of water. (To put that in context, the average swimming pool contains about 20,000 gallons.) But mung beans require far fewer resources. As a result, JUST Egg requires just two percent of the water that it takes to farm egg-laying chickens and 14 percent of the land.

Eat Just hopes to start selling its product in Europe towards the end of this year. It has already garnered interest from various “retail and foodservice partners across the continent,” said Andrew Noyes, the head of global communications and public affairs at Eat Just, to Food Navigator.

Eat Just has not received approval from the UK yet. It is working with the country’s own regulatory bodies to get the go-ahead to launch there too. 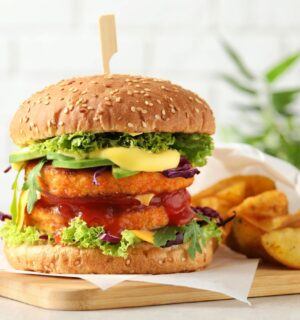