Why Do Humans Ignore The Intelligence Of Animals?

“The world is full of magical things patiently waiting for our wits to grow sharper.”Bertrand Russell

Could we measure the IQ of the entire planet?

One way might be to establish the intelligence of each living being on Earth and then calculate the sum total. The problem with this approach is that brains working together enable new types of thinking.

This is especially true of different kinds of brain. In the human brain, it isn’t just the number of neurons that creates intelligence but the variety of interconnectedness.

Viewed from space, it is clear that many of our planet’s distinctive characteristics emerge from the interactions between diverse life forms on the surface.

Gaia Theory (or Earth System Science) considers all of life’s processes as a functional whole.

Collectively, organisms on Earth interact with each other and with their inorganic surroundings intelligently – to maintain and perpetuate the conditions for life on the planet.

Despite being pummeled by meteorites and faced with a local star that has become steadily hotter, the symbiosis between plants, animals, bacteria and fungi dynamically enables the stability of global temperature, ocean salinity, oxygen in the atmosphere, the maintenance of a hydrosphere and other environmental factors that affect the habitability of Earth.

An individual’s intelligence can be defined as the ability to adapt to an environment through the acquisition and application of knowledge and skills.

Intelligent humans can speak, light fires and hunt. Working in groups, more is possible, like observing objects on the other side of the universe and detonating nuclear bombs.

Animals are intelligent too.

At room temperature, spiders can make silk with a tensile strength similar to steel that does not rotate when they hang from it.

Albatross can travel 10,000 miles in a single journey, without flapping their wings and then return to the exact spot where their life-partner awaits them.

The Waterbear can hibernate for 100 years and survive 10 days, unprotected in space.

Groups of organisms generate ecosystem services which adapts the planet to life in space.

For a variety of historical reasons, humans consistently underestimate the intelligence of other animals.

Conventional biology, as taught in schools and universities, teaches us to assume that consciousness only exists in the human mind.

The adult human brain weighs on average about 1.5 kg. An elephant’s brain weighs about 5 kg and a sperm whale 8 kg.

There is no anatomical or physiological rationale that would explain why a human brain would become conscious but not that of another animal.

“Nature is not mute; it is man who is deaf.” – Terence McKenna

In some ways, ranking animal intelligence is not as interesting as asking how their intelligence may differ from our own.

An elephant’s insights into the universe could be novel in a way that another human’s never could be.

If we could decode whale language – what would we ask them?

Every single non-human mind has gifts for humanity if only we ask the right questions.

These opportunities are running out.

Our age has been named The Anthropocene, an era that started when human actions on earth left a significant mark in the geological record for example with a layer of plastic and nuclear waste.

This can also be seen as a collapse of planetary intelligence – a global lobotomy.

Each species that goes extinct represents the loss of hard won evolutionary learning that created a being with a unique perspective as a result of its specific anatomy, physiology and ecological niche.

Alongside the permanent eradication of different kinds of evolved sentient minds sits the exploitation and torment of the minds that remain.

The Worst Crime in History

Professor Yuval Noah Harari, author of the international bestseller Sapiens, describes what is happening to large animal minds as ‘The Worst Crime in History’.

He notes that the majority of large animals on planet earth are farm animals that live and die as cogs in the wheels of industrial agriculture.

All the wild animals left on earth weigh together less than 100 million tons.

Wild minds that explore our world, behave in novel ways, communicate with each other, love, sing and play are being turned into captives enduring lives of almost unimaginable torment.

We know that groups of human minds have emergent properties.

An individual thinks and acts differently from a tribe or from a corporation.

We have limited understanding of how groups of animal minds might interact and what levels of consciousness might emerge from this interaction.

It seems reasonable to assume that, on some level, our planet’s consciousness is related to the conscious state of all the organisms that make it up.

What impact might so many tormented beings be having upon our world and upon the Gaian Megamind?

The science to draw on is sparse due to limited research but some studies may be relevant.

There is evidence that when coordinated, connected groups of human meditators can influence minds around them for example, reducing violent crime.

Could this also have an impact on the world around them?

There is evidence for correlation between meat consumption and anger.

Many ancient traditions (e.g. Ayurveda) and philosophers (e.g. Seneca) caution against eating meat to help cool and steady our moods.

What impact does the widespread consumption of tortured animals have on individuals and how might this interact at the level of society?

“For any sin, we all suffer. That is why our suffering is endless.” Wendell Berry

What will the effect upon the human species be if we continue to systematically eradicate large wild animals, taking intelligence out of our surrounding natural systems and feed ourselves on tormented beasts held for all their lives in appalling dungeons?

Surely the answer to this question is writ large in the world around us?

Many people suffer modern epidemics of obesity, depression and apathy.

Wrenched out of a wild world many of us are frustrated, unfulfilled and live out their lives working what anthropologist David Graeber calls ‘bullsh*t jobs’.

Rather than engaging with life directly and authentically, huge amounts of time is spent being entertained; watching fantasy characters live lives wilder than our own.

Endlessly distracted by the flashing lights, an ignorant racist steps out of the screen to rule us; promising more extraction from the dying biosphere.

For decades scientists, indigenous people and others have warned that the endpoint is extinction.

Cut off from the wild world around us humanity can dissolve itself into nightmares of our own making, be that: nuclear holocaust, AI armageddon or a slower decline on a barren world.

A flourishing human future surely is not possible without the flourishing of abundant other creatures.

Human destiny is fundamentally connected to our treatment of other Earthlings.

Stepping out of the darkness

“What is man without the beasts? For if all the beast were gone, man would die of a great loneliness of the spirit.” Chief Seattle

With science, technology, industry and all that goes with it, humans behave differently from other creatures on Earth.

There is no escaping the fact, however, that humans are just as embedded in the web of life as any other living being.

We depend on other lifeforms for food, air, water and everything else.

A question that is yet to be fully answered is to what extent human well-being depends upon the well being (and existence) of other species.

Human interdependence with our planet’s entire ecological system may mean that the systematic eradication of species and brutalisation of those that remain affects our being and our very reality on a fundamental level.

Neoliberalism, laissez-faire capitalism and the ‘invisible hand’ of the market drives human expansion into nature as well as price wars between supermarkets and a race-to-the bottom in animal welfare and meat production.

Our world becomes cruel and suffering increases. In contrast, what would our world look like if humans consciously chose to treat their fellow Earthlings with respect, acting now to prevent further human-induced extinctions and ending cruel and destructive industrial animal agriculture?

The only sure way of stopping extinction is through preserving planetary habitats.

If we decide that all living beings have rights to exist without the risk of being pushed to extinction we are essentially choosing to keep large parts of Planet Earth wild.

A wild world is also a world in which ecological services are restored and myriad wild minds are free again to enjoy their existence.

By reducing meat consumption (which requires more area) and growing food in new ways large areas of agricultural land could be restored to wild habitats.

Such a shift creates wider change.

We would have to control our economy and attribute more value to nature. In restructuring our economies along these lines we may give ourselves more time to enjoy nature and be inspired by her greatness.

Large monoculture fields could give way to highly-labour-intensive, highly-diverse, market gardens tended by communities of people who have opted out of the corporate run economy.

Further off, in the rewilded lands, herds of magnificent beasts could gallop free.

The wisdom of interdependence

Acknowledging we need other species is embracing the limits of our own knowledge or, as Gregory Bateson put it: “I surrender to the belief that my knowing is a small part of a wider integrated knowing that knits the entire biosphere or creation.”

Creating space for other wild beings enables the innate, tried and tested genius of the natural world.

We surround ourselves with other intelligent beings. A buffer, not just against the ravages of space, but also the existential angst that comes from being alone.

It may be compassion that leads us to shut down grotesque and criminal animal factories but a wild world will fill us with wonder.

Human existence is infinitely richer and more fulfilling if we are enmeshed in a vibrant living world and perceived by other conscious beings on mysterious journeys every bit as profound as our own.

If we are really lucky, we might even have a close encounter with an intelligent wild animal – an experience that can be transformational.

Philip Hoare, writing in his book Leviathan, describes meeting a whale:”Surveyed by the electrical charge of her sixth sense, I felt insignificant and yet not quite…

“Recreated in her own dimension, in the dimension of the sea, I was taken into her otherness, my image in her head.

“As the whale turned past me, I saw her eye, grey, veiled, sentient; set in her side, the centre of her consciousness.

“Behind it lay only muscle, moving without effort. The moment lasted forever and for seconds. Then she’s gone, back into the black…

“Only as the distance between us increased – as the silence of her descent became hypnotic – was her enormity revealed; something I had seen, and yet which I could not quite comprehend.”

‘Livestock Farming Is Over’ According To Legendary Journalist George Monbiot

BREAKING: Is Pret A Manger About To Ditch Plastic Bottles? 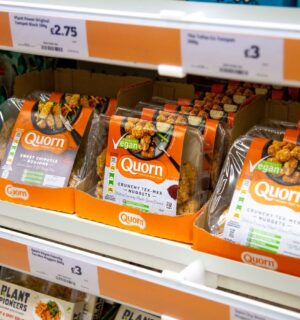 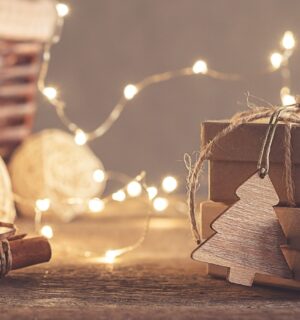 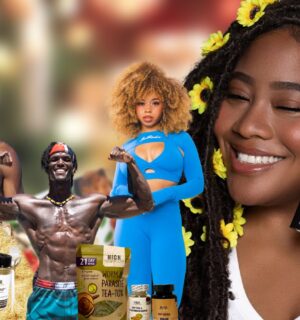