TV show The Office stars Angela Kinsey and on-screen husband – and vegan – Rainn Wilson have made a YouTube video where they bake plant-based brownies.

Wilson, who dropped animal products earlier this year, reunited with his former co-star in Kinsey’s and her real-life husband Josh Snyder to star in their YouTube cooking show, Baking with Josh and Ange.

The actor, known for portraying dorky Dwight Schrute on the series, told the segment hosts he only became plant-based recently – but plans to stick to the diet.

Speaking to Kinsey and Snyder, Wilson said of his plant-based journey: “I tried just for a month to go vegan to just see what it would be like.

“First week kind of sucked and then after that I really enjoyed it. I actually had more energy and slept better.

“Occasionally… there was some cheese popcorn the other night and I had some. Or if I went to a sushi bar, I’ll have like a piece of fish.”

Wilson took to Instagram in October to tell his fans about the dietary transition, saying: “So about six weeks ago or so, my wife Holiday Reinhorn and I decided to try veganism for month. As an experiment.

“We were so dependent on eating animals and animal products, we just wanted to try it.

“Give our digestive systems a change-up.”

You can watch the full videohere 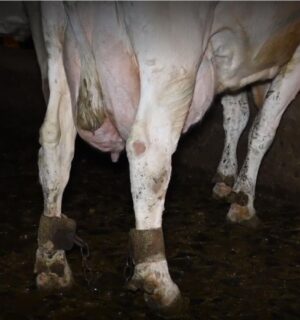