UK restaurants are ‘running out of vegan chefs’, according to a report by The Guardian.

In an article about The Vegan Chef Institute, which launched in London last week, the outlet quotes Co-founder Chantal Di Donato.

“There’s a lot of really good chefs in the industry, but it’s really hard to find enough of them because it’s so new,” she said. “A lot of the food on offer was uninspired. But vegan food can be more than just a salad or a roasted cauliflower – that’s why we think this is important.”

Training more passionate vegan chefs is crucial to the growth of the vegan movement, according to the Institute’s other Co-founder Day Radley.

“Each good plate of food adds weight to the vegan choice, it says ‘this is delicious, you are not missing out, so yes, you can do this’. For people on the vegan cusp that single plate could mark the deciding moment,” she said, writing for Plant Based News.

“For the V-curious, wanting to dip a tentative toe, if that dish is bland they will ascertain that ALL vegan food is bland and steer clear of it in the future. The culinary art of vegan, sustainable and compassionate cuisine needs to be showcased by talented vegan chefs.”

A growing number of Brits are turning towards meat-free food – a report published by Waitrose last week showed that 13 percent identify as vegan or veggie.

In addition, more than a quarter of Brits (28 percent) identify as ‘meat reducers’, according to a study out today – with almost a third (32 percent) of Londoners identifying as such.

Of those who identified as meat reducers in the survey, 26 percent cut down on meat in a bid to reduce their carbon footprint, and 15 percent want to reduce de-forestation.

The survey was carried out by More Than Carrots – which has analyzed restaurant menus to create the first veggie guide for meat-eaters in response to the desire of UK consumers to eat less meat.

According to the organization: “Restaurants have some way to go before creating better choices for meat-reducing Brits, with over one in five (22 percent) meat-reducers disagreeing that restaurants make it easier for diners to eat less meat. 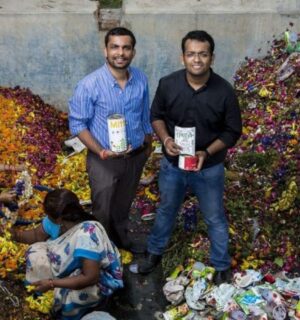