Plant Based News has released the trailer for its highly-anticipated film Vegan 2020 on YouTube – already garnering praise for the upcoming film.

Every year since 2015, PBN has released a documentary showcasing the growth of veganism over the last 12 months.

Vegan 2020 will chart the victories and challenges of the movement over a year which has seen the world in general change beyond recognition.

PBN founder Klaus Mitchell – director of Vegan 2020 – says this year’s annual documentary will be the ‘most exciting’ yet in the series.

He said: “Due to COVID-19, we feel that this year’s documentary would be unique – and considerably more exciting than previous years.

“Vegan 2020 aims to weave together the biggest events of the year in a powerful way that places the spotlight on topics not covered significantly in the past, such as pandemic risk and antibiotic resistance.”

Feedback on the trailer for the annual documentary has been positive: one YouTube commentator said: “These yearly films are amazing!! Congratulations for the great work!”

Another added: “I’ve been waiting for Vegan 2020! Thanks so much for your hard work. These documentaries are great.”

One simply wrote: “I’m so looking forward to watching Vegan 2020.”

Normally PBN hosts sellout premieres for the film. In 2018 and 2019, the movies premiered globally in cities including London, Los Angeles, and Beijing. Ticket sales from these events made up a significant source of funding for the films.

Unfortunately, due to COVID-19, this year PBN will be unable to host these events. Instead, it is crowdfunding to raise the production costs, which have been budgeted at £15,000.

It is offering investors a range of benefits. These include PBN hoodies, to executive producer credits, and personalized thank-you videos from the entire PBN team.

If you are interested in investing in the film, you can find more information here. Please feel free to share this link with friends and family who would be interested

Vegan 2020 is kindly sponsored by A Billion Veg – an awesome app that helps you find the best vegan food and products near you. 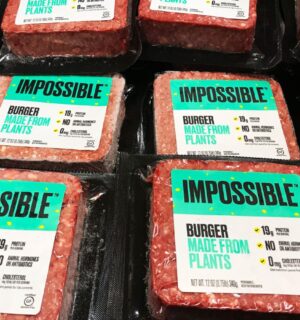