Macmillan Cancer Support has announced it will no longer ‘actively’ promote its Meat-Free March campaign, following outrage from farmers.

The charity, which had previously been encouraging people to fundraise for cancer by abstaining from eating meat for 31 days, was accused of ‘alienating’ the farming community.

Several farmers took to social media to speak out against the campaign and threatened to withhold future donations, with one user writing: “Say [cheerio] to chicken has just alienated a huge part of the farming community. Say cheerio to future donations from me.”

According to Farmers Weekly, Macmillan issued a statement saying: “We are sorry that it has caused upset, as this was never our intention and I can confirm that we will not be continuing to actively promote this event.

“Meat-Free March was intended to be a one-month fundraiser aimed at those who enjoy meat, but who want to challenge themselves to go without it for a month to raise money for people with cancer.

“It was not aimed at encouraging people to go meat-free forever. We are hugely grateful to every single person who raises money for us.”

Farmers have also called for Macmillan to now end the Meat-Free March campaign, rather than just not promote it.

Many vegans joined in the debate, highlighting how meat consumption has been linked to cancer.

“So despite the clear links between eating animals and increased risks to cancer Macmillan has got scared and backed down. I’m STILL going to use #meatfreemarch during March,” one user tweeted.

In its right of reply, Macmillan did not comment on farmers threatening to withhold donation, and stated: “Meat Free March was first trialled at a small scale in 2019 and it yielded positive results for us so we decided to repeat it in 2020. However, it has not brought in the number of registrations and won’t reach the projected income we expected so we have decided to stop actively promoting the event.

“We can only be there for the growing number of people that urgently need our help thanks to wide range of fundraising activities we offer and we are hugely grateful to every single person to raises money for us.” 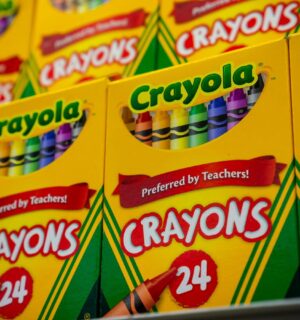