The Cable News Network, more commonly known as CNN, recently reported that fast food can be healthier for vegetarians and vegans.

When you consider the major fast food restaurants in cities across the country, health and veganism are probably not the first two terms that come to mind. However, it is possible to find vegan meals at nearly any fast food restaurant, and CNN offered several helpful tips.

Helpful suggestions in the article include using the Happy Cow website or app to find vegan-friendly eateries in your area. You may also opt for trying something off the breakfast menu for lunch or even inquiring about ‘off-menu’ items that may be created for vegans.

It also suggested going directly for veggie-rich options or packing along some food with you so that you get balanced nutrition even when your choices are limited.

The article on vegan fast food is the latest in several CNN articles to bring up the issue of veganism and its growing popularity. Cable News Network also reported on the best cities for vegans around the world earlier in the year. (It referred to Berlin as “Europe’s Capital of Vegan”, and perhaps not surprisingly Los Angeles and New York City were high on the list.)

In another piece that marvels at the progression of veganism in Germany, a CNN reporter mused that it might be leading the vegan revolution. Last year, the report on strongman Patrik Baboumian – aka vegan ‘badass’ – smashing stereotypes got a lot of attention.

Perhaps most impressively, as previously reported on here, CNN made carried a headline of ‘Go vegan, save the planet’.

That article said: “As public attention focuses on the impact of policy changes on the climate, we may overlook an important contributor to the climate crisis: our food systems and the daily food choices we make.

“It may sound hyperbolic that our roast beef sandwich is contributing to environmental degradation of the planet. But mounting evidence of the impact requires our attention and action as global citizens.”

It goes on to explain that each of us can do something by making better choices each day. Going vegan is a choice that such outspoken environmental advocates like Al Gore and James Cameron made for the planet, and many others continue to make that choice each day.

As news continues to spread about veganism, we’ll probably see the V word in many headlines from CNN and other major news sites around the world.

CNN Headline Says ‘Go Vegan’ To Save The Planet

Chicago Chain Is Latest Restaurant To Sell Plant-Based Beyond Burger 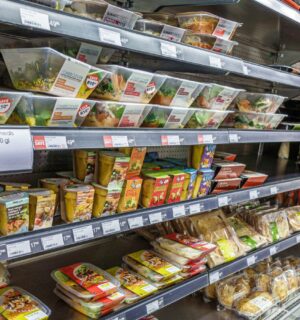